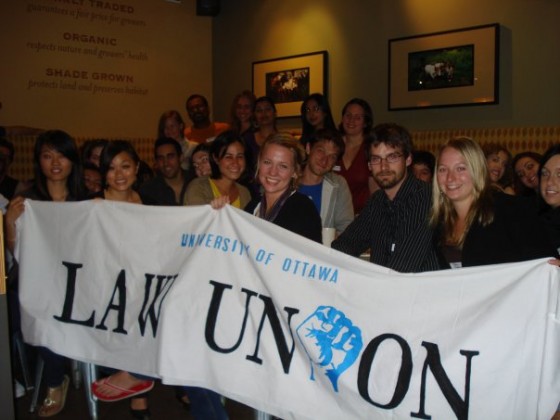 The Law Union of Ontario, founded in 1974, is a coalition of over 200 progressive lawyers, law students and legal workers. The Law Union provides for an alternative bar in Ontario which seeks to counter the traditional protections afforded by the legal system to social, political and economic privilege. By demystifying legal procedures, attacking discriminatory and oppressive legislation, arguing progressive new applications of the law, and democratizing legal practice, the Law Union strives to develop collective approaches to bring about social justice.

The Law Union is run by an annually elected steering committee. The Law Union has several collectives and working groups and has active chapters at some law schools.